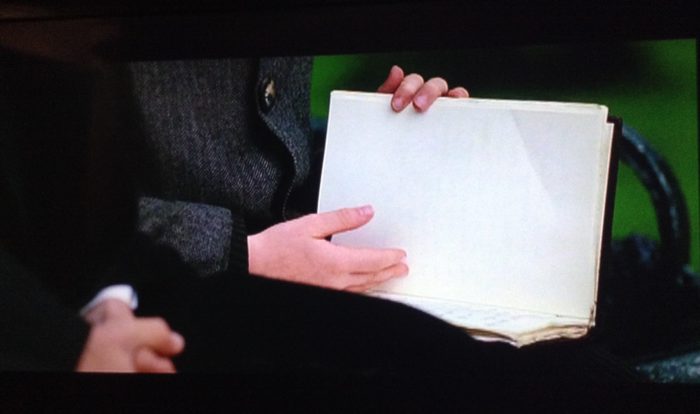 Hachi thought she would leave the latest article “Find the essentials” with an open question.

But she got several signals to dig the article a little bit more.

(When she had lunch watching over the window a few days ago, a crow landed at the edge of the balcony for a second, gazing its next direction.
The momentary event seemed to be nothing special but, if it happened here and there, Hachi will take it a little bit seriously and tries to work on it.
Yet, to be honest, she still wondered whether she would write this article.
Then, an earthquake happened just under where she was.
She thought ”Enough. I don’t want things been late.”
Time is her enemy but/and an ally.)

In the article of “Find the essentials”, she listed several things which caught her attention.

Which was the heaviest thing to be unfolded?

It was the movie of “Finding Neverland”.

Then, which scene caught her attention?

It was the scene of Peter who was tearing his script book.

Peter, who lost his father, gave up to dream and became an adult earlier than other boys.

He met James Barrie, who encouraged Peter to use imagination and write a play, and gave Peter a book to write a script.

One day Peter’s mother had a severe cough.

Peter sensed that she might be going to die because of his past experience with his father.

He hated adults who pretended to have nothing wrong.

His anger made him destroy his play created with his brothers. 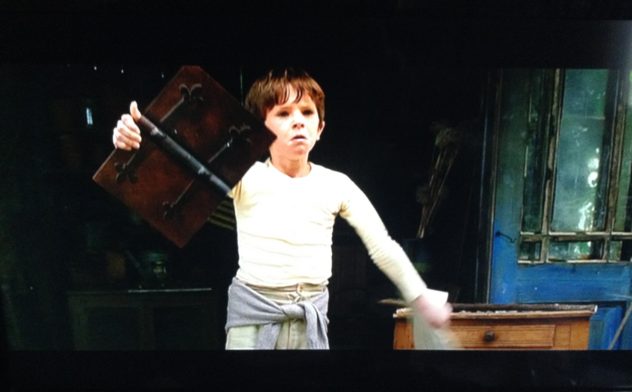 Screenshot from DVD of “Finding Neverland”

Barrie noticed the sound, went to the garden and sat on the chair without say anything. 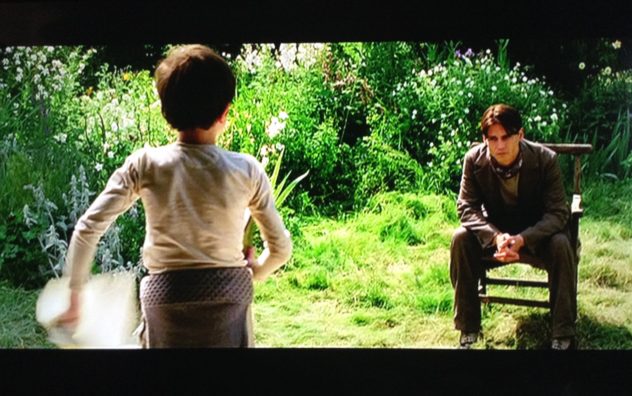 Screenshot from DVD of “Finding Neverland”

Peter expresses his anger in front of J.M.Barrie.
He might be able to do that because J.M.Barrie was there.

When Hachi watched the movie for the first time, she often faced fights between children at work.

She only could behave like Peter’s mother, who listened to children, but healthier initiative might not be existed.

She hoped to be like Barrie who waited for Peter to talk to him after expressing Peter’s anger.

Barrie is a man, but Hachi saw the strength of motherhood in him.

The scene is still important for her as well as the other impressive scenes.

Now she partially feels into Peter somehow, feeling like tearing her hunches.

And Peter’s script book is exactly what caught her attention.

If the feeling is amplified, it will be like this:

Imagine what kind of world you like to build at least in a book which will be repaired many times after destroyed many times?

(The pandemic covers all continents.

The time like this rarely happened, and we are spending times having almost same theme in our mind.

We might be here and there, but/and Hachi feels a big continuous open forum happens everyday.)