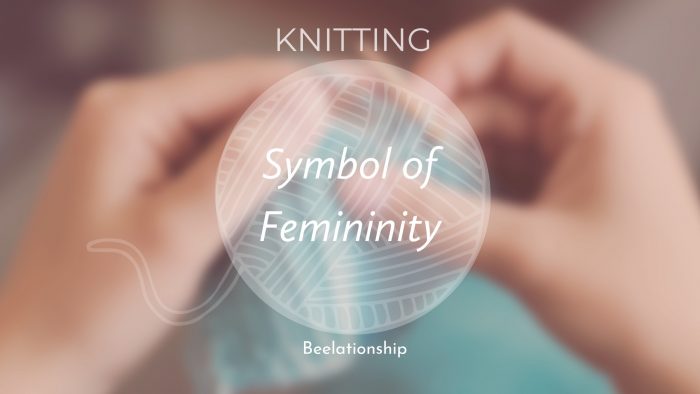 Hand Knitting is a part of three women’s lives: Ito, Peiji and Hachi.

Ito teaches how to draft and knit to Peiji and Hachi.

They have knitted clothes, such as sweaters, cardigans, vests, some pairs of gloves and hats.

Hand knitting is a deep world: Finding an image of what a person wants to knit, deciding details, finding or making a knitting pattern, preparing knitting tools and so on.

Let’s see how three women interacted each other.

When Peiji and Hachi made one dropped stitch, they became a little bit panic to fix it.

Then, Ito teaches how to fix it.

Ito also faces a difference of impression between a knitting pattern and a finished work because of a combination of yarns and the type of stitches.

Then, she unravels all stitches very bravely.

You might think that knitting is a quiet activity of sitting.

However, that is not true, at least for us.

In order to prevent a stiff neck or tendonitis, daily exercise and relaxation are important.

To increasing sustainability of physical strength for knitting, core muscles need to be trained a little bit.

Despite the lovely image of knitting, why do they continue to knit?

One of the reasons is that hand knitting has already been a part of their lives.

Then, when did they start knitting?

The answer could be found in their home video.

When Hachi organized the home videos, she found three women who were knitting.

It was about thirty years ago.

Ito was in her fifties, Peiji was in her twenties and Hachi was two years old.

Hachi was playing with a yellow yearn ball, sitting near a sofa where Peiji was there.

Peiji was knitting with the yellow yarn ball.

Ito was sitting next to Peiji and she was teaching how to knit to Peiji.

Ito still teaches how to knit to Peiji and Hachi.

Why is she able to teach knitting?

When Ito was the third grade in elementary school (it was two years before World War Ⅱ began),  she often spent time with her mother, Mitsu, around a charcoal stover in the night.

There was no television in their room at that time.

Mitsu often knitted sweaters for her children after dinner.

There was no ready-to-wear clothes at that time, so that there were lots of shops where only yarn balls or skeins were sold.

Women bought yarn balls and knitted clothes for their family.

Ito grew up in those circumstances.

When she got unnecessary yarn balls, she practiced how to knit, purl and moss stitches to be a square with ten centimeters on a side of knitted fabric.

She also practiced how to use her fingers with yarns, sitting next to Mitsu.

When she didn’t have homework, she practiced basic skills of hand knitting.

She began to realize how fun hand knitting was.

How was Mitsu’s life about hand knitting?

Mitsu often got together with neighbors who liked hand knitting after their children went to school.

They enjoyed reading a home magazine together, chatting about hand knitting, and shared ideas of knitting, while they listened to the radio at home.

Even though they couldn’t often get together, they cherished opportunities to see each other and their knitted works, because it was more fun to get tougher and talk than to knit alone.

When Ito got back from school, she asked Mitsu to knit a sweater like the one which one of her friends wore.

Ito, who spent her childhood like that, became a grown-up.

World War Ⅱ ended at that time so that there was no limit to buy knitting books or yarn balls any more.

Ito got married, had children and start knitting for her children.

As she learned the basic knitting skills from her mother, she could imagine what she wanted to knit, and actually knit as she wanted with trials and errors.

She unraveled her knitted clothings to transform them into her children’s ones.

Yarn can be unraveled, transformed, and inherited to the next generation.

Much like yarn, an environment and a habit of hand knitting are inherited from Mitsu and young Ito to Ito today, Peiji and Hachi.

Ito often knits after dinner as her mother did now.

A Sense of Home, Strength of Motherhood

Why do the three women keep knitting in modern days which is full of entertainment?

It is because they love the atmosphere around a knitter, which makes people feel calm.

Hachi has experienced that many times, as if something splashing in her mind became calm when she was around Ito as a knitter.

It didn’t matter the television was turned on, nor they didn’t talk to each other.

Hachi has wondered what the feeling was.

Hachi also experienced the following thing when she was knitting:

Even though a television was turned on and she didn’t to talk to anyone, her brother suddenly and quietly said that “I love this atmosphere”.

He seemed to be satisfied with the atmosphere so much.

What he said convinced Hachi that a calm atmosphere could be created around a knitter.

What happened at that time exactly?

Hachi asked Ito about that.

It might be because of no loud and buzzing sound.”

……The warmth of a sense of a “real” family without buzzing sound…….

The atmosphere of a sense of home….

(There are many different images or feelings of a “real” family, so that we wrote ‘real’ with quotation marks in the sentence.)

“gosh….I might realize what we didn’t realize finally, which something bigger than me might ask us to realize for a long time….

We might barely feel it, yet we weren’t aware of it clearly.

Something bigger than me might ask us to understand them more clearly to be able to create them consciously.

The themes might have been always with us, and have waited to be realized since our home videos were taken.”

Hachi felt that something vogue in her mind began to crystallize.

It was just before Beelationshp began.

Spinning yarns, weaving, embroidery and knitting are women’s work in any countries and any continents from ancient times.

Hayao Kawai, who was a Jungian psychologist, quoted from a book by Von Franz and wrote that “spinning yarns was one of the most important women’s work so that it symbolized femininity”.

While men were hunting, women got together and took care of their children, doing yarn work and thread work.

The strength of motherhood, which was trained by animus (a masculine inner personality), can create better everyday life.

It is totally different from the nature of “young women” who try to take a lovely fluffy image of knitting into them.

Hachi feels that the collective meaning of yarn and thread work is lay in people’s mind without being taught.

As Hachi followed the process above, she realized that she saw knitting like this:

A yarn comes out from a yarn ball.

With the yarn, women’s fingers start to knit stitches.

A knitter stretches her arms forward with the knitted fabric to see how much she has knitted.

Her family see the situation and that makes them feel warm and calm.

It is because they know to whom she knits.

Quiet time with the sound of repetitive rhythms of knitting needles.

People around a knitter listens to comfortable rhythm, and then, something splashing in their mind become calm.

It can be a transformative time supported by warm energy of family.

The moment can be created with the continuous efforts of preparing knitting skills, equipments, time and energies from limited resources in a knitter’s everyday life, which can be summed up in the strength of motherhood.

Knitting has been a part of the three women’s life, which inherited from Mitsu and young Ito.

The joy of hand knitting seems to be eternal: Ito, Peiji and hachi get together for the joy.

The activity could be a symbol of the strength of motherhood, which creates better everyday life and warmth of a family and a sense of home.

The three woman have hoped not to disappear the themes from their everyday life and collective mind.

Therefore, they keep knitting and the theme was chosen as a main theme of Beelationship. 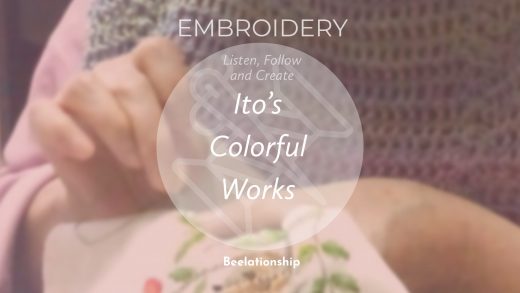 Stories relating to Knitting and Motherhood